A quick trip to Cyprus

Last week saw Chris’s much anticipated trip to Cyprus so these are some comments from him. 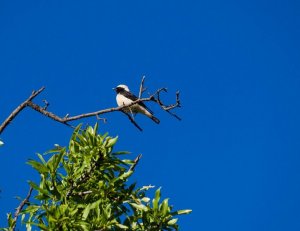 Cyprus wheatear that hasn’t made it into the stew

There is a major environmental problem in Cyprus to do with migrating birds. Unlike Malta where they are merely shot indiscriminately, there still exists in Cyprus an appetite for cooked songbirds or ambelopoulia. It’s technically banned but very lucrative: a handful of birds can fetch you up to €70 and there are figures indicating that the trade as a whole may be worth up to €15 million a year. Bad. But what’s worse is that mist netting and the liming of twigs that trap the birds are utterly indiscriminate methods and catch everything; what isn’t suitable for the table is killed and thrown away. The figures, produced by the excellent Birdlife Cyprus, are appalling: an estimated 2.5 million birds of 152 different bird species were killed in 2014, of which 78 species have threatened status. The ‘waste’ birds include owls, falcons, hoopoes and so on. Very bad. And of course these are not just the birds of Cyprus: they are on their way to and from Europe or Africa. 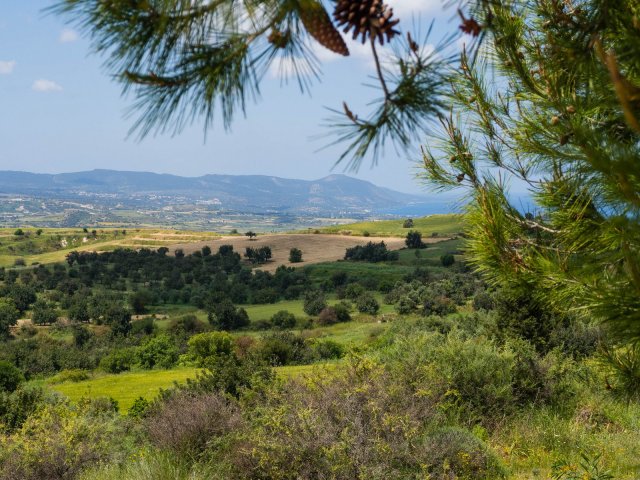 Now in a week which saw nearly 1,000 people drowned in the Mediterranean you may consider that while sad, this is not ‘serious stuff’. A moment’s thought will tell you that it is. It’s not just the potential extinction of species: just think how many insects 2.5 million birds eat. And in the absence of the birds to eat them, we will have to control the insects by chemical pesticides whose impact on human health is inevitably going to be negative. What is particularly embarrassing for those of us who are British is that the areas where the worst trapping occurs are in the British-controlled Sovereign Base Areas. Apparently – and I choose my words carefully – our chaps are awfully reluctant to police this because they don’t want to cause problems by arresting Cypriots. So my mandate was to look at ways in which A Rocha, with its significant experience in Lebanon, might be able to get alongside existing organisations in Cyprus and help in this area. It’s not going to be easy but there may be a way forward…. 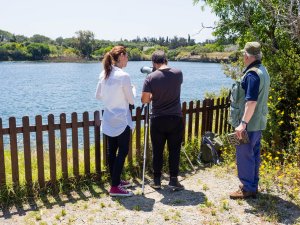 Anyway ably assisted by Doug Radford, a long-term A Rocha supporter, RSPB site manager and a man who can recognise a Bonelli’s eagle faster than most of us can say ‘look at that big bird!’, I spent five busy days driving all the way round the southern, Greek part of the island, meeting lots of interesting and helpful people and trying to make sense of the complexity that is Cyprus. (For a start, the island has four separate administrations and legal systems: that of the Greek-speaking Cypriots, the Turks, the UN and the British bases.) There was some great scenery and some interesting places, and some slightly dubious weather with a smattering of snow falling on the high Troodos mountains. We talked to lots of people and saw lots of nature reserves (although it’s interesting how many of them now have urban skylines as a background: apart from the mountains of the Troodos there doesn’t seem to be anything that is genuinely ‘wild’ anymore in Cyprus).

And behind the sunshine there was a lot to make you think. So my enjoyment of the lavish UK-government-funded bird observatory at Akrotiri was briefly broken by the deafening roar of heavily laden fighter-bombers heading off for Syria behind us. And, doing a bit of reading, it turned out that more than one of the delightful villages we passed through had, within living memory, been a site of extreme nastiness between the Greek and Turkish communities. Indeed, the reality of the partition of the island is plain when you gaze northwards over Nicosia to the Kyrenia range where the authorities have decorated an entire mountainside with the Turkish flag and patriotic slogans. It’s not hard to see it as a determined insult.

But it was a good week. We covered a lot of miles and thankfully I didn’t get confused about driving in a Mediterranean country on the left-hand side of the road. And finally I want to give a plug for Aperanti Agrotourism at Pera Orinis where we stayed, because it was the exact opposite of the anonymous-box-with-plastic-food hotel experience that is now almost universal.

So I’m in in the middle of writing the report and we will see where we go from here. But somebody somewhere needs to do something about the trapping, because if they don’t a whole range of birds are going to be nothing more than memories over large parts of Europe.