And how do you feel?

The tone of our French friend was very concerned. “Brexit: how do you feel?” Well, tempting as it is to revert to posting pretty pictures the significance of current events is such that we cannot resist posting something of an answer.

First, we feel incredulity tinged with anger at the idea of the referendum itself. The monumental theatrics over who replaces Cameron should not hide the fact that the referendum was surely one of the worst decisions made by any prime minister for at least a half-century, if not more. The idea that it might become a protest vote against the government and the ruling elite was not considered. The possibility that unscrupulous proprietors of the press and buffoon-like politicians with a gift for the clever sentence might hijack it for their own gain was equally overlooked. The fact that there was no plan for implementing Brexit has astonished us. Almost every area of leaving Europe, including such not inconsequential matters as how, when and by whom (and even whether it is actually legally possible) seem to be utter unknowns. 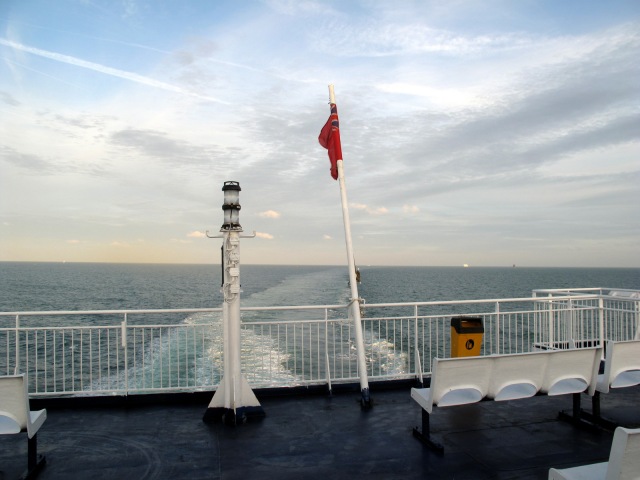 That sense of unbelief seems to be shared this side of the Channel. The word incroyable occurs a lot in conversations: incredible indeed. Mind you there is a slight sense of astonishment that the staid, dull, tea-drinking British who haven’t even considered executing a monarch for nearly 500 years could actually be so radical. The French are definitely unsettled by the idea that the British are more revolutionary than they are.

Almost inevitably too we are confused. But then so is everybody else. Living over here, rather than just visiting, you are constantly reminded of the unsung virtues of being in a legislative union. So this week we have submitted our British driving licences so we can be issued with French ones. At the moment there is no problem because, courtesy of the European Union, they are equivalent and interchangeable documents. But in the future? There was a lot of sympathetic and bemused shaking of heads when we discussed this with the helpful ladies in our mayors’ office this week. The same applies to almost every area of life: whether medical, financial or legal. The link between Britain and Europe is not a single chain that can be cut at once but a complex fabric of interlocking network of agreements that once broken will need to be separately renegotiated. This is going to be a mess.

We are also very unhappy about the tone of the referendum. Now there were, and remain, well thought-through economic and moral arguments for Brexit and we know and respect people who hold them. But that was not how the debate was conducted. It was light on both principles and facts and instead majored on fear, greed and suspicion. It was about slogans, feel-good words like freedom and liberty and was frequently cheap and vicious. Only 75 years ago the thoughtful George Orwell could write without any sense of irony “the gentleness of the English civilization is perhaps its most marked characteristic”.   It’s hard to read the sentence now without a shake of the head. Truth too was a casualty: facts seemed to be irrelevant and there were people on both sides who seemed perfectly happy to tell lies. It is grimly fascinating how the rabble-rousing papers that were so full of “why a leave vote would be  good for us” are now, without any apology or apparent embarrassment, printing articles on “how to survive Brexit”. We are unsurprised that a similar ugly tone has spilled over into the post-election repercussions. Traditionally Britons in France and probably elsewhere in Europe have always quietly held the view that the British Parliamentary system is wiser fairer and more decent than anything on the continent. Not any more.

It has been taken for granted by Christians for many years that the erosion of the faith would inevitably result in the loss of Christian values. How can you take an axe to a tree and still expect fruit? (The damage incidentally has not been caused by atheism – either new or old – as much by the church itself. On a brief visit to the UK last week one of the most irritating things was an elegant, historical Anglican church which, when you wandered around and asked yourself what it stood for, received an almost explicit statement that it was nothing more than a mutual support club for the elderly middle-class. Name and address available Justin, if you are interested.)

Friendly relations between France and the UK go back a long way. Gourdon is on the other side of the valley from Courmettes

Finally, like everybody else we are saddened by the implications of what this means for Britain. A French friend was talking to Chris yesterday and expressing, in the light of the commemoration of the Battle of the Somme, his unhappiness that the British were turning their back on Europe. “We in France owe you a lot for your help over the last century.” Well of course in one sense he’s wrong, NATO and various defence treaties will still persist. Yet another sense he is right: if Brexit does actually happen the Britain that will emerge from it will surely be a much more insular, inward focused place and it is hard to see how that can in any way be a good thing for anybody.

1 Response to And how do you feel?