Posted on 9 December, 2017 by candawalley

Given that the winter months down here are December, January and February there was something very appropriate about the first winter storms occurring on Saturday 2nd December. As regular readers will know everybody here has been desperately anxious for precipitation in whatever form, due to the drought that has gripped our area (and much of southern Europe) since spring. Exactly how dry we have become can be seen in the photo we took in late November looking towards our house.

Actually in our area we merely got sleet and rain, but as is the way of these things a hundred metres above us and a few kilometres to the north there was some short-lived snow. It was however much thicker to the east where Courmettes received nearly a foot of snow. Sunday afternoon returning back from church around the coast, we stopped and admired the view north and despite fairly rapid melting you could still see how extensive the snow had been on the Pic des Courmettes. 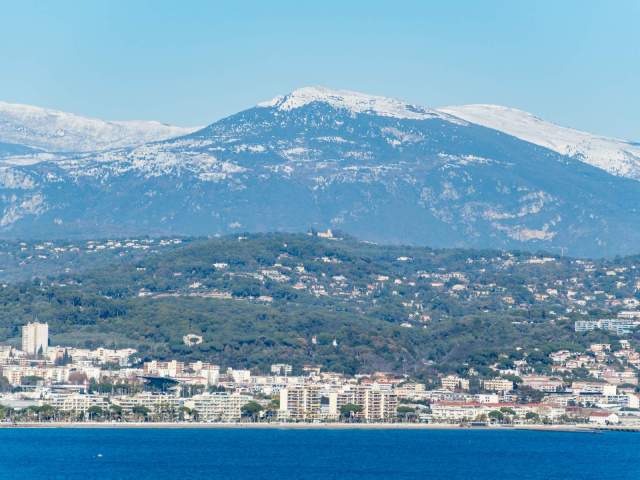 Despite more melting on Monday there was still a great deal of snow up at Courmettes on Tuesday when we drove up for the A Rocha team Christmas dinner. In fact we had to stop the car a couple of hundred metres before the centre because packed snow was  blocking the road. So we parked the car  and cautiously walked up to the buildings carrying everything with us.

Later that afternoon, as the sun was setting, we took a walk out to one of the viewpoints accompanied by Cuca, the centre’s dog. Even though the snow was only a fraction of what it had been it was still wonderful and there was a spectacular view down to the coast.

By way of a change the annual Christmas meal was held in the old kitchen of the château which goes back at least two centuries. Initially freezing, it soon got warm: after all there is no shortage of firewood at Courmettes. Gradually people arrived, some having made it up courtesy of a 4×4 and including children, there were soon over 20 people present. Dominic the chef rarely fails to deliver but this case he excelled himself in a series of dishes. 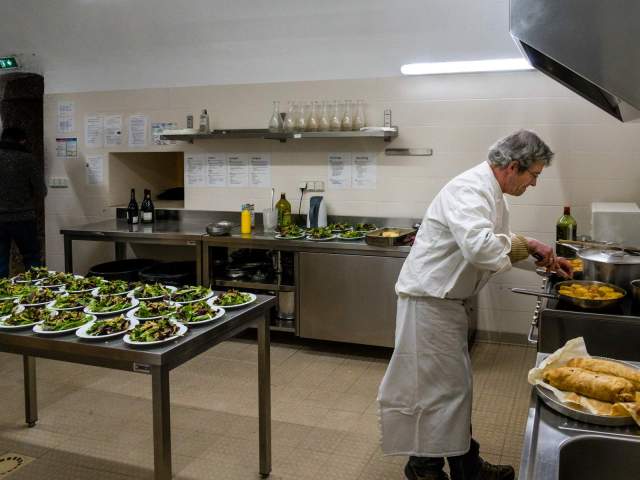 There was much to be grateful for: not just the food but the number of people present. It was also hard to realise that this was the fourth Christmas meal we have had with A Rocha France. Time and seasons pass swiftly.

Wednesday we walked back down to the car and cautiously – Courmettes’ notorious hairpin bends do not encourage careless driving – drove back to Taradeau.