Working on the oppidum

It’s been over a year since we posted anything about the Taradeau oppidum, that fortified settlement above our village which dates from around the first century BC. But that doesn’t mean that we have stopped our involvement there. On the contrary, we are still active members of the association that is involved in clearing and preserving it.

Over the past few years, we’ve uncovered all the walls and cleared a large part of the interior. (Take a look at the photos near the end of this blog and you’ll see what it used to look like.) This year, we’re concentrating on two things. The first is to cut back the fast-growing vegetation (a lot of small oak shoots) which would otherwise soon overgrow the walls again and strim the open areas within the walls.

Cutting back the vegetation on one of the walls.

The second is to take all the piles of cut branches that haven’t been burned, and make them into wood chippings. They are going to form the basis of paths round and through the site. 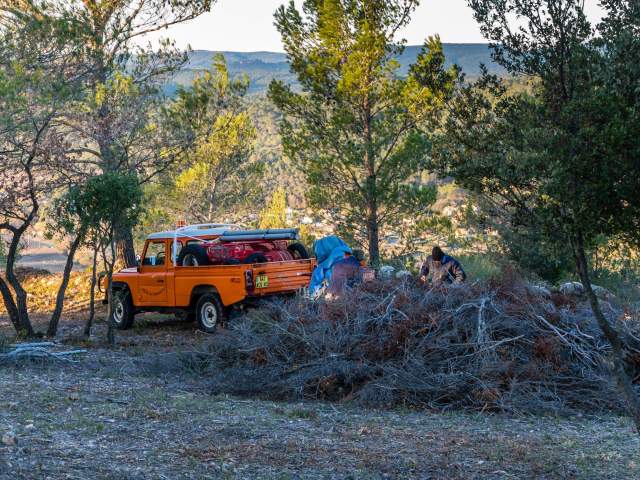 Plenty of wood to be chipped

Yes that’s ice Alison is scraping off the windows

We’ve had some very cold Saturday mornings this year, with the temperatures below freezing. It makes for a very chilly start at 7:45 and we’re glad of coffee to warm us up before we go. As we’re not burning wood this year, we don’t have a fire to warm us, so we have to work hard instead. 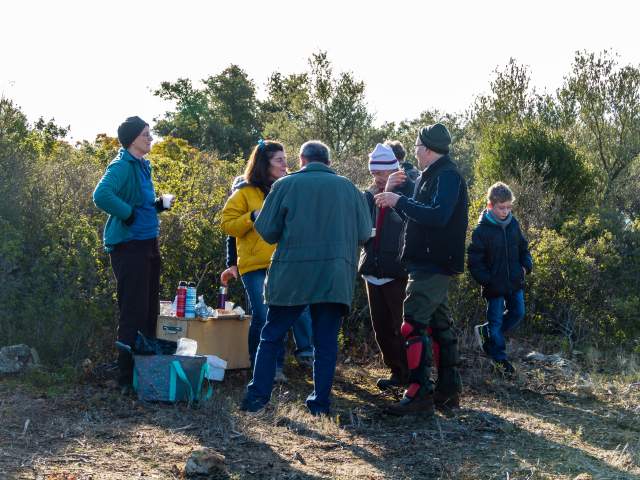 A welcome break for coffee and cake. This was the day when the mayor (back to camera) came up to see us and bring some chocolates!

And by way of a total contrast, we were trying out our fast fibre-optic internet (hurray), and we came across this video, taken the week in summer when expensive cars congregate in Cannes. We have shown pictures of many of these cars previously on this blog but this is an extraordinary collection of many hundreds of million pounds worth of automobile, all driven by millionaires who appear to be stuck in adolescence. They seem to be deriving great satisfaction by quickly accelerating from 0 to 10 kph. Its a bit surreal to think that less than a 100 metres away from this circus we at Holy Trinity Cannes are running a church.

Like Loading...
This entry was posted in Taradeau, Var and tagged Taradeau, Taradeau oppidum. Bookmark the permalink.