Given that France was the major theatre of operations for  the First World War and enormously important for much of the Second, it was particularly appropriate to be here this 11th November.  We found ourselves involved in two things: first, attending the village ceremony in Taradeau and second, being part of a service with the small Anglican fellowship in Lorgues, fifteen minutes away. 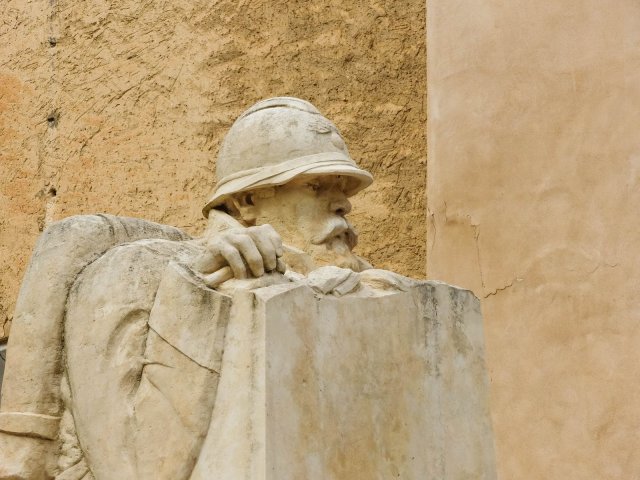 This war memorial in Cotignac, with its wary soldier peering uneasily above a parapet, seems to be one of the more honest war memorials in our area.

It was a warm but wet day in Taradeau. Thankfully, it turned out to be the last of the extraordinary month-long period of almost continual rain and showers. Given that it was 100 years after the ending of the First World War which wreaked such appalling damage on the French nation, it was perhaps surprising that there wasn’t a larger turnout. Nevertheless there were soldiers present and past, various civic dignities and children from the village school. There was something curiously appropriate about standing there in the rain under the low grey clouds with the leaves blowing off the plane trees above us. 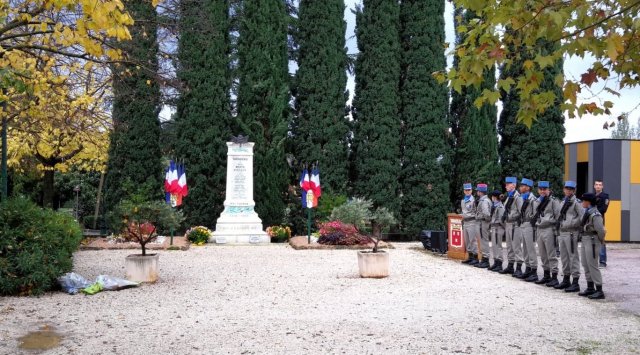 Parading to the war memorial in the rain

At the ceremony the mayor read out an address from the President, which concluded by reminding us of the three deaths of French soldiers “in foreign fields” this year. There were also, inevitably now, two alert guards whose weaponry was clearly not for ceremonial use only. It was a sharp reminder of the spectacular failure of that “war to end wars”.

Separately, the Taradeau Mairie has put together a small but well-done exhibition of the 13 or 14 men from Taradeau who died in the Great War. 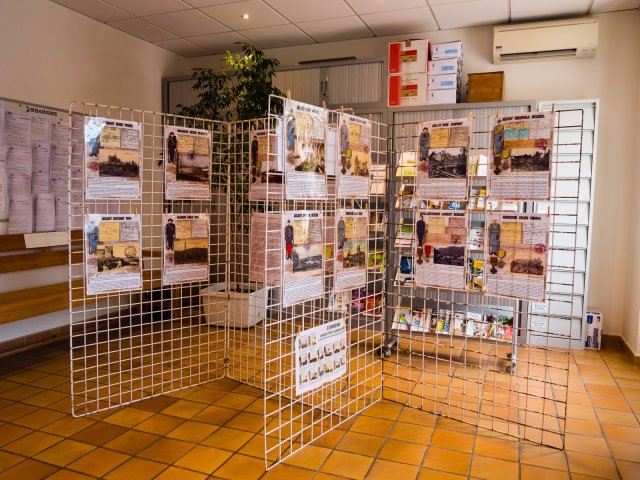 The subsequent Anglican service was indoors (thank you L and M) and Chris preached on reconciliation. This being a British house, we integrated the two-minute silence and wreath-laying with a live link to the Cenotaph in Whitehall, something that would surely would have been considered magical by those who fought a century ago. It all seemed to emphasise the unfortunate truth that for all our technological progress there has been none in the area of morality. Wars continue.

Like Loading...
This entry was posted in Taradeau, Var and tagged 11 November, Armistice Day, Taradeau. Bookmark the permalink.